Jones sustained a shoulder injury this past Sunday vs. Minnesota. He had played in six games with five starts this season. 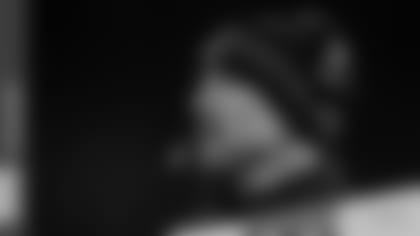 'Shock factor' will stick with Packers for a while

Key comments from the Packers' coordinators

Aaron Rodgers: 'This is a special opportunity'

Packers QB focused on himself and team staying the course

Packers, 49ers no strangers to NFC Divisional round

Dating back to league merger, teams have combined for more than 40 appearances at this stage of postseason

Matchup will be at Lambeau Field on Saturday night

LaFleur: 'You will see a better version of us next year'

Dillon looking to continue refining his game in the offseason

Myers says Rodgers' leadership is everything to him

Douglas says coming to Green Bay was everything he envisioned

Gary on next season: 'Everybody knows the standard'

LaFleur 1-on-1: 'I'm disappointed for our players'

Kenny Clark: 'We played our hearts out'

Matt LaFleur: 'I did not do enough to prepare them'

Adrian Amos: 'This was not in our plans'

Runyan: 'We didn't do enough to sustain drives'

LaFleur on Myers: 'He took the reins from Day 1'

Douglas on film study: 'I try to make sure I am on the top of my game mentally'

Cobb hopes his journey has a storybook ending

Campbell on joining the Packers: 'I wanted to reintroduce myself'

Total Packers: 1-on-1 with David Bakhtiari

Advertising
The browser you are using is no longer supported on this site. It is highly recommended that you use the latest versions of a supported browser in order to receive an optimal viewing experience. The following browsers are supported: Chrome, Edge (v80 and later), Firefox and Safari.